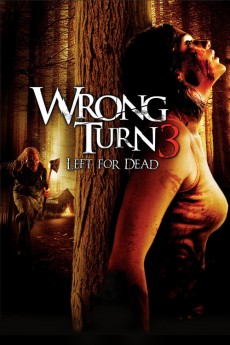 While rafting in the Bluefish River area, four college kids are attacked by the mutant cannibal hillbilly Three Finger. Only the teenager Alex succeeds in escaping running through the woods. Meanwhile, a group of dangerous criminals are transported from the West Virginia Grafton Penitentiary in a custody bus escorted by three security guards through the backwoods. When they park in a rest stop in a police station, Sheriff Carver is informed about the missing teenagers. The bus driver heads to their destination with the guards and the prisoners but a tow truck driven by Three Finger hits the bus that falls off the road. They are attacked by Three Finger and the perilous Carlo Chavez dominates the guards and the other prisoners. When they accidentally meet Alex, the girl tells how sick and threatening Three Finger is; sooner the survivals discover that Alex is telling the truth.