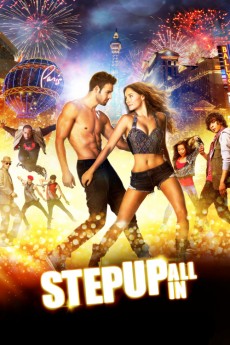 Step Up All In

Sean brings his dance crew known as The Mob to Los Angeles to try and make it. But they haven't had much luck, eventually the Mob decides it's time to go back to Miami but Sean decides to stay. He learns of a dance competition is Las Vegas wherein the winner will get a three year contract. Sean needs a new crew so he asks fellow dancer Moose for help. And Moose introduces him to Andie, another friend and dancer who got injured a few years ago and is now ready to get back in. He recruits some other friends and they head Las Vegas as LMNTRIX. When they get there, they discover that the Mob too is also there, which is very touchy for Sean.