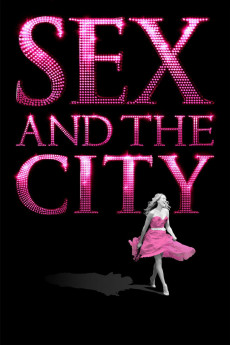 Sex and the City

After moving in together in an impossibly beautiful New York apartment, Carrie Bradshaw and Mr. Big make a rather arbitrary decision to get married. The wedding itself proves to be anything but a hasty affair--the guest list quickly blooms from 75 to 200 guests, and Carrie's simple, label-less wedding gown gives way to an enormous creation that makes her look like a gigantic cream puff. An upcoming photo spread in Vogue puts the event--which will take place at the New York Public Library--squarely in the public eye. Meanwhile, Carrie's girlfriends--Samantha, the sexpot; Charlotte, the sweet naïf; and Miranda, the rigid perfectionist--could not be happier. At least, they couldn't be happier for Carrie. Charlotte still has the unrealized hope of getting pregnant. Samantha is finding a loving, committed relationship more grueling than she could have imagined. Miranda unwittingly lets her own unhappiness--created when Steve admits to cheating on her just once--spoil Carrie's. After a ...