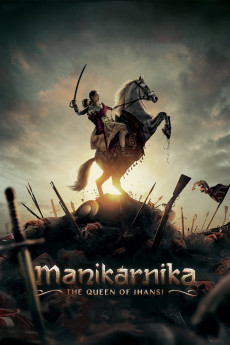 Manikarnika: The Queen of Jhansi

Manikarnika born in Varanasi when Dixt a minister in Jhansi princely state sees her he proposes her marriage to Gangadar Rao prince of Jhansi.Sadashiv Rao plots along with British officers to conquer Jhansi as he Is promised a stake in it after conquering Jhansi.After the birth of Lakshmi and Gangadar Rao's son Sadashiv Rao sees his place in fear and poison the holy water during the naming ceremony of the child following which he passes away and also leaves Gangadar Rao on death bed.Gangadar Rao decides to adopt a son and Sadashiv Rao feels guilty of not adopting his son instead a toddler who comes running to Lakshmi Bai.After death of Gangadar Rao.The East India Company decides to conquer on Jhansi as there is no male ruler.But Lakshmi Bai decides to take the throne on herself and fight for Jhansi