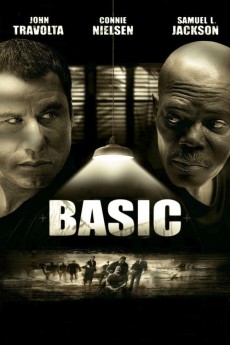 wounded Kendall, the son of a high-profile Joint Chiefs of Staff official. Neither is willing to cooperate with Capt. Julia Osborne's investigation. So base commander Col. Bill Styles calls in ex-Ranger Hardy, an old friend and a persuasive interrogator. Osborne disapproves of Hardy who is on leave from the D.E.A. after having come under suspicion of accepting bribes from local drug traffickers. She is also uneasy when she learns that Hardy once trained under West and hates him almost as passionately as his current recruits. With time running out, Hardy and Osborne call a temporary, if uneasy, truce. Hardy cajoles a confession out of Dunbar, who claims that Sgt. West and the missing Rangers have been murdered and their bodies blown away by the hurricane. When they later interview Kendall, he confirms that the other Rangers and West are dead. But, in almost every other way, his story contradicts Dunbar's. What happened to West and his Ranger team? And what were they really doing out there in the jungle? As each layer reveals more lies and greater deceptions, Hardy and Osborne inch towards the horrible truth about the fate of the missing Rangers. —Sujit R. Varma