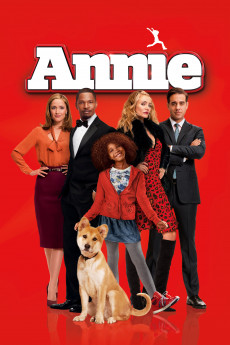 The 1977 Broadway musical returns to the big screen with this Overbrook Entertainment/Sony Pictures production surrounding a 10-year-old Harlem foster child (played by Beasts of the Southern Wild's Quvenzhané Wallis) taken in by a calculating billionaire (Jamie Foxx) who's campaigning to be mayor. Abandoned by her biological parents as a baby, Annie (Wallis) spends every moment of every day attempting to avoid the wrath of her cruel foster mother Miss Hannigan (Cameron Diaz). Thing start to look up for Annie, however, when she has a very public encounter with Will Stacks (Foxx), a local cell-phone mogul with mayoral ambitions. Stacks campaign isn't going too well until he meets Annie and invites her into his home at the suggestion of his trusted top assistant Grace (Rose Byrne) and his ambitious PR advisor Guy (Bobby Cannavale). Meanwhile, what was originally conceived as a PR stunt to win over skeptical voters becomes something much more personal when the jaded tycoon realizes his ...